Lois Linden Nelson WOMAN'S WORLD is the premier fund-raising event for Sisterhood of Congregation Shaarey Zedek. Founded in 1967, it is a well-loved tradition in the Detroit Jewish community, attracting more than 700 area women who enjoy the experience of this day’s event.

In 2007, the event became known as the Lois Linden Nelson WOMAN'S WORLD after Sisterhood received a generous gift to ensure the ongoing viability of Woman’s World. This gift was made in loving memory of Lois Linden Nelson (z'l), an enthusiastic patron and supporter of Sisterhood and its annual event.
Lois Linden Nelson WOMAN'S WORLD supporters contribute to: Torah Fund; Women’s League for Conservative Judaism; Jewish Theological Seminary (JTS); Israel; partnering with the Synagogue for Shabbat; Yomim Tovim; special projects around Shaarey Zedek; funds assistance for the Shaarey Zedek Religious School and Youth; and many other vital projects. Three percent of all event proceeds benefit MAZON: A Jewish Response to Hunger.

Andrew Gross is the author of the New York Times and international bestsellers Everything to Lose, No Way Back, 15 Seconds, Eyes Wide Open, Reckless, Don't Look Back, The Dark Tide, and The Blue Zone. He is also coauthor of five number one bestsellers with James Patterson, including Judge & Jury and Lifeguard. His books have been translated into more than twenty-five languages.

Among his recent novels are historical thrillers with Jewish themes. The One Man is based on his grandfather’s flight from the Nazis to the U.S., only to return to Poland in a daring attempt to infiltrate Auschwitz to smuggle out the one man with the secret of perfecting the atomic bomb. His latest novel, Button Man, is an historical thriller based on his grandfather’s experiences in New York’s garment industry during the Depression.

Andrew will sign copies of his books following the luncheon and program.

A Tradition of Sisterhood and community 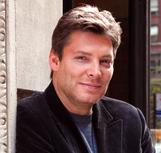 A leader at congregation shaarey zedek, and in the community

Sandy was born and raised in Norfolk, Virginia in a small Jewish community. She earned a Bachelor’s Degree in American Studies from Newcomb College, the Women’s College of Tulane University, then moved to Boston and worked at Boston University Law School as the Coordinator of their Alumni Association. One of Sandy’s roommates dated (and eventually married) a law student from Harvard, and the couple introduced her to Alan Schwartz, a young law student. Sandy and Alan were married six months later, at Beth El Temple in Nortfolk, then settled in Detroit, Alan’s childhood home.

Sandy began her volunteer work with the League of Women Voters, and also devoted herself to Congregation Shaarey Zedek, the Schwartz family spiritual home. She became active in CSZ Sisterhood, eventually serving as its president. She then expanded her volunteer experience to include serving as president of the Sinai Guild, leading to Board positions with the Sinai Foundation, Sinai-Grace Hospital, the Greater Detroit Area Health Council and the Detroit Medical Center.

Sandy also participated in the Women’s Department Leadership Development program, currently called Community Connections. She was immediately overwhelmed with the scope of the Federation and its agencies and chose to dedicate much of her time to what we now call Women’s Philanthropy. She assumed the office of president and also took an active role on both the Community Services and Jewish Education Division.  She was chair of the Lion of Judah Committee and served on the Boards of the Jewish Community Relations Council, The Jewish Federation and Foundation and is a Trustee of the Jewish Women’s Foundation. Sandy also received the 2008 Kipnis Wilson-Friedland International Lion of Judah Award.

More recently, Sandy undertook a new challenge: a friend, Patti Nemer (z’l), asked her and Michelle Passon to help with a new venture. Patti wanted to form an organization that enriched the lives of women diagnosed with cancer, empowering them and enabling them to enjoy life by participating in educational and recreational activities. Patti, Michelle and Sandy established what is now known as the Cancer Thrivers Network for Jewish Women. What began with three members has now expanded to more than 300, making a difference in women’s lives on a daily basis.

Sandy credits her husband Alan for his unwavering support of her work and for introducing her to a community with numerous and varied volunteer opportunities. Together, Sandy and Alan have built a beautiful family that includes son David, his wife Jody, their children Andrew and twins Sam and Zach, and son Mark, his wife Denise, and their children Elena and Ian. 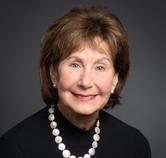 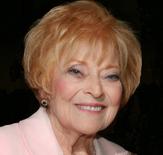